Sex and the City is a modern television classic. Though the four main characters were flawed and some of the plot twists and relationships were undeveloped and superficial, SATC is one of the definitive millennial catalysts for feminism, sexual revolution and sisterhood. On the afternoons when there is no class, MSNBC is looping news and I’ve finished work, I’ll flip to the Sex and the City marathon on E! and as the sun recedes behind the clouds, I’ll still be soaking up the flamboyant, perplexing lives of Carrie, Miranda, Charlotte and Samantha. I’m beginning to realize that there are a host of simple lessons in this popular sitcom (The Carrie Diaries will be airing on the CW) and burgeoning movie franchise. I’ll be using the “Sex and the City Lessons” series on this blog to share the feminist wisdom that we should heed from these beloved characters. 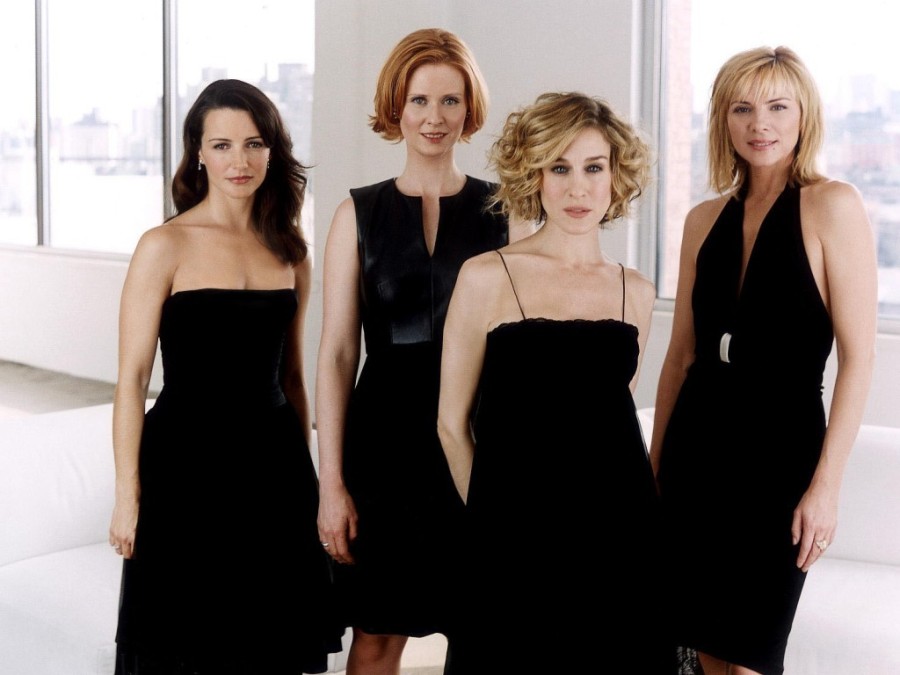 Yesterday afternoon, I watched a full #LadiesWhoLunch marathon of SATC on E! The “pop of culture” network aired the first six episodes from season five. I was in couture-television heaven. The sixth episode in season five is “Critical Condition,” and it examines the dynamics of reviews in our lives.

Season five is the beginning of Carrie’s twist of fortune. Sex and the City, Carrie’s first compilation of columns and essays, had been released and she was awaiting a review from Michiko Kakutani, the Pulitzer Prize-winning, notorious book editor/critic from the New York Times. Mr. Big’s future wife was worried that her publisher wouldn’t finance her next literary exploration if the review was unfavorable.

Carrie’s fears were unwarranted. As Sex and the City fanatics know, she went on to pen four other books. Kakutani’s review aided those future successes. It was pleasant and full of praise for the columnist-turned-novelist.

The final line of the review was:

“All in all, I enjoyed spending time in Ms. Bradshaw’s sharp, funny, finely-drawn world where single women rule, and the men are disposable.”

Wordsmiths know that these critical examinations of our works, particularly in publications as prestigious as the New York Times, matter. Miranda confirmed the importance of this moment when she told Carrie that this was a feat. Her closest friend had achieved a rare, positive review from the New York Times. An affirmative review from the Times results in sales spikes and increased press. Carrie should have been beaming with pride and excitement.  She should have been satisfied. But instead of being thrilled, all Bradshaw could focus on was the last clause of that closing sentence.

This is the crux of her conflict. Carrie refused to acknowledge the upside and instantly gravitated to the thoughts that confirmed her doubts and fed into her insecurities. Carrie spends the remainder of this episode worried about bad reviews. From her ex-boyfriend Aiden’s ex-girlfriend to the literary elite, she ponders how she’s perceived and if it has had an impact on the trajectory of her life.

While in the midst of that conflict, Carrie drops wisdom nuggets in her advice column that we should all consider:

“Why is it that we only seem to believe the negative things people say about us, no matter how much evidence there is to the contrary? A neighbor, a face, an ex-boyfriend can cancel out everything we thought was once true. Odd, but when it comes to life and love, why do we believe our worst reviews?”

The fear and actualities of bad reviews dominate many of our lives. We seek the negative before fostering the positive and find ourselves harping on our flaws, mistakes and insecurities. Like Carrie, I am guilty of this behavior.

When I first began having my work published a little more than a year ago, I was eager, but anxious as well. I had been writing short stories since childhood, but I never imagined that I would be in a position to have my work shared with an audience. It was an exciting time, but I was too consumed with worries to appreciate the beauty of the moment. I wondered if my work would be received well, if it was compelling and distinctive enough to garner recognition, and if I could succeed as a penman when there were thousands of others with similar aspirations.

As the freelance opportunities poured in and I wrote article after article, I began anticipating the feedback. I would peruse the comments sections, smiling at the myriad of compliments and the “you better write girl” sentiments. But I would instantly feel stripped, depressed and withdrawn if I read one dissenting comment. I would focus on that outlier and stress about the whole piece, without even bothering to acknowledge what I had accomplished. At the time, I was 21 and had been published more than 100 times. I was being paid to write and developing a small following of readers. I was supposed to be celebrating as I achieved these goals. Instead, I was sinking into an unmotivated stupor where writing wasn’t as important as stewing in my own defeatist attitude.

My attitude shifted after I had a conversation with a professor/mentor that has been writing and editing for more than a decade. I went to her office after a reader shredded my work and referred to me as an “amateur.” I was devastated and had no interest in ever picking up the pen again. I was explaining to her how much this pained me. I thought that the readers were judging me instead of criticizing the work and it was taking a toll on my creativity. As soon as I finished, she paused before chiding me in a quiet and loving, but firm voice.

“Listen Evette, every reader will not love your work. That’s just real life and you will always be disappointed if that’s your expectation. Detach. Once a piece is finished and sent, it is no longer your responsibility to worry about it. You’re a great writer. You are a professional in college. Get used to the criticism. It comes with the territory.”

I sat dumbfounded as she dismissed me with a slight smile.

As I began ascending the steps, I decided to heed her words. That would be the last time that a comment dictated my emotions. From that moment forward, I began to write without expectation and I stopped reading the comments. I developed a process: I read an article once when it’s published, make critique notes on the Word draft, and then move on to the next assignment.

I make a conscious decision to focus on the positive, which in turn encourages me to keep scribing. Sometimes I fall into the trap, particularly when readers follow me into my personal e-space on Twitter, Facebook and even Skype. But I am much more adept at ignoring the criticism than I was before and I’m proud of those strides.

Now I live by the creed, “People criticized Jesus Christ and he was perfect. What makes you so special?” It has given me the freedom to write what I believe rather than what’s expected or accepted.

At the end of the sixth episode of season five, Carrie Bradshaw was liberated as well. She sums it up best.

“The truth is, at any given moment, someone, somewhere could be making a face about you. But it’s the reviews you give yourself that matter.”

How do you bypass bad reviews?

2 thoughts on “Sex and the City Lessons (Part I): Ignoring the Bad Review”