I am a self-professed Christian, but I am not the usual Bible thumper. Though I give all praise to the Creator for the blessings He has bestowed on me, I don’t quote scripture as an answer to all of life’s woes and I don’t attend church three times a week. I even support President Barack Obama’s decision to endorse same-sex marriage. But I accepted Jesus Christ as the son of God and my personal savior, which classifies me as – well – a Christian.

I was christened at six months and raised in the gospel-filled sanctuaries of Baptist and AME churches. Like Whitney Houston, Tina Turner, and other black women figures, the Baptist church was the guiding light when I was lost in the wilderness of life’s turmoil. In these supportive churches where men and women consider themselves brothers and sisters, I was shaped, molded, and taught the teachings of Jesus Christ and his devoted disciples. I relished the celestial sound of the choir and the New Year’s prophesies that often left me breathless with anticipation for what was to come.

I loved the church and the members loved me. But, in the summer of 2010, I decided to pursue the teachings of the Bible as a non-denominational Christian, which simply means that I believe in building a spiritual relationship with God rather than following the structure of one organized denomination of Christianity.

In the past two years, I discovered that identifying as Baptist, Episcopalian, or Protestant limited the knowledge that I could be exposed to in a spiritual-based environment. In the Baptist church, we were never taught that Jesus Christ was Hebrew or that He spoke ancient Arabic. There was no mention of the relationship between the Hebrew Bible and the Old Testament and we were never encouraged to celebrate the Jewish Sabbath, as I had done with a close childhood friend in third grade. I felt restricted in the Baptist church; I had a nourished soul and spirit, but an unchallenged intellect.

So, the solution was to disassociate from the Baptist church and begin a spiritual walk as a non-denominational Christian. 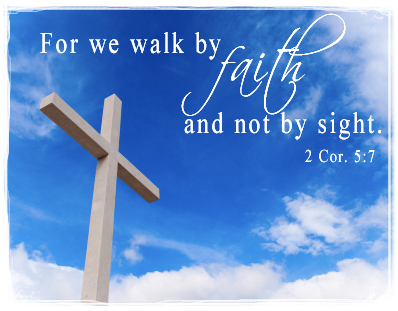 Disavowing traditional religion in exchange for spiritual enlightenment has been an amazing experience that is indescribable. Making this conscious choice has exposed me to inspiring realities that I wasn’t cognizant of when I was pleasing God and attempting to fulfill the obligations of the church as well. In “Introduction to Theology,” a course designed to teach Christianity from a womanist, cultural, and historical perspective, I learned about the roles of the influential women in the Bible, the historical context of the word, and how to relate to other religions without sacrificing Christian principles.

My theology professor challenged us to think about our faith outside of the traditional religious lens and to redevelop ourselves as “thinking Christians.” We attended an Interfaith Day, which allowed us to visit a Mosque, Catholic Church, and Synagogue and learn more about their teachings and rituals. The class also watched videos about religious tolerance and composed papers about the values and theologies that guide our lives. This coursework instilled in me the importance of thinking about God while also teaching me the significance of spreading His love through both thought and deed rather than forcing Christianity on others. I’m even going to read and dissect Faith Adiele’s powerful book, “Meeting Faith,” which recounts her voyage to embracing her life as a Buddhist Nun and most importantly, I plan to enjoy the lessons in Adiele’s evolution and apply some of her principles to my own life.

Though I would never force this specific Christian walk on others because God granted us all free will, I encourage devoted religious figures to expand their minds to the theological contexts of Christianity. Enroll in a theology course that dissects the Bible and the influential men and women in it; celebrate Sabbath with a Jewish friend; venture to Mecca with a devoted follower of Islam; visit different worship temples on Interfaith Days; and above else, read and practice the teachings of the Bible. Expanding our consciousness enables Christians to strengthen our walks with God because we’re seeing the world and Him from a fresh perspective.

If nothing else, I’ve learned from this Christian walk that the freeing of the spirit comes with the enlightenment of the mind. Albeit, I attend a non-denominational church with traces of the Baptist church in its teachings, I cherish the freedom I’ve been granted to explore the world with God as my guiding force. Without the pressure of upholding the standards of traditional religious thought and practice, you’ll be surprised at how much there is to learn about the essence of Christianity – and what is more important than that?

One thought on “A Non-Denominational Journey to Enlightenment”